Don’t let your personality and insights get lost through the camera lens.

With video meetings becoming the norm, it's more important than ever to present well on camera.

This can make all the difference when it comes to: 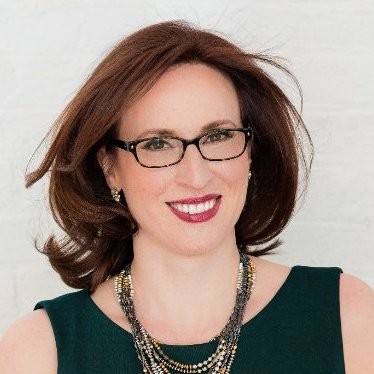 "Paula packed in a ton of relevant, timely and easy-to-implement content into a high-impact virtual training (about virtual meetings, of all things). I've already implemented some of the tips (and shared them with virtual newcomers as we all navigate working from home).

During crisis time, Paula's style and message was clear and concise (exactly what I'd expect from a former journalist) and moreover, exactly the style of communication that we can all strive for in the new normal."

In this virtual training you’ll learn:

"Paula is an exceptional teacher and trainer. I've operated a remote business for the last 7 years, but Virtual Meeting Pro gave me new tips and advice that I'll be putting into place immediately to elevate my level of professionalism. What particularly stood out was how universal this training is -- everyone in every industry should watch the Virtual Meeting Pro, as what you learn can apply to many different forms of communication. Paula teaches you how to show up, be present, and communicate with confidence."

"Paula is the perfect role model for how we should conduct ourselves in person and virtually. She radiates positive energy!

Her instruction is clear and specific and she gives you the actual details of any products she suggests... a huge benefit. I recommend Paula to anyone who wants to elevate their professional image…online and in-person!"

Who will benefit from this training?

Commanding a meeting in person is one thing - keeping attention and focus online is different.

You've been using video already in your coaching practice but there's still more to learn.

Adding value when you're in person can be felt. Adding value through a screen brings new challenges.

With events being cancelled, stages are changing. Many speakers are turning to virtual meetings. We'll cover everything you need to know.

With networking and handshakes on the decline how you find new clients will be turning to the virtual meeting.

Flights are being cancelled, mass transit is becoming limited and making the necessary sales calls must still go on. How you'll thrive: shine on video.

Paula Rizzo is an Emmy-award winning television producer, best-selling author, and a media trainer and strategist. As a former senior health producer for Fox News Channel for more than a decade, she produced segments with a range of top experts, including JJ Virgin, Jillian Michaels, and Deepak Chopra. A media veteran for nearly 20 years, she also worked in local news in New York City as a producer for WCBS, WPIX, and WLNY. Now she coaches authors, experts and executives to perform better on camera and produce their own videos

She's the founder of ListProducer.com and author of two productivity books including Listful Thinking: Using Lists to be More Productive, Highly Successful and Less Stressed and Listful Living: A List-Making Journey to a Less Stressed You. She’s working on a fiction book as well.

Paula’s the creator of Lights Camera Expert – an online course geared towards helping entrepreneurs, authors, and experts get media attention. She also teaches Become A Video Star - a virtual workshop that empowers experts to create their own compelling videos.

Paula has been featured in major media outlets like FoxNews.com, CNBC.com, Forbes and Oprah.com. She’s a contributor to MindBodyGreen.com, Entrepreneur.com and Thrive Global. A veteran speaker she’s presented at Massachusetts Conference for Women, HOW Design Live, New York Women in Communications, National Association of Professional Organizers (NAPO), and many others.

Seats are limited, make sure to register now.